The main purpose of the Torah and the spiritual work advanced at “Kollel Hatzos Maaras HaMachpela – Asahel” is to give pleasure before HaShem, by “raising the Holy Presence from the dust,” or in other words, raising the power of the Holy Presence that rests in our Holy Land,  in general, and at the Temple Mount, Maaras HaMachpela, and  other sacred locations, in particular. This concept we find in HaShem’s command to Yitzhak: “dwell (shechon) in the Land.”  Our Sages explained these words to mean: “make the Shechina – the Holy Presence (verb root: shechon) rest in the Land’ (Breshit Raba 64, 3). As is well known, one of the primary ways to “make the Shechina rest in the Land” is through Torah and prayer. For this purpose the kollel was founded  to learn Torah and say Tikun Hatzos (a type of prayer comprised of chapters from Tehilim for the purpose of raising the power of the Holy Presence in the world). The Kollel pursues its goals through three methods: through its timing, through its location, and through its people.

In regard to the timing, our Sages say (Tamid 32b): “R. Hiya taught: Anyone who studies Torah at night – the Shechina is before him, as it says, ‘rise up sing at night… before the countenance of HaShem.'” Similarly, we find in the Zohar, almost in every parsha, and also according to the Arizal, that the most important time in the day to connect to and ‘raise the Holy Presence’ is from midnight until morning.

The Torah tells us that our People were redeemed in Egypt at ‘midnight’, and our Sages in Yevamos 72a learn from this not only about midnight on the first Passover in Egypt, but also that every period from midnight till morning is considered to be a period of ‘et ratzon’, an auspicious time of ‘Divine Will’. Our Sages explain that, although God was angry at Israel for close to 40 years in the Wilderness, yet still this period from midnight till morning, remained, even then, as a time of “Divine Will” and a time of tremendous compassion for Israel, for as they said, ‘a Time of Divine Will is significant’.

Indeed, many of the  poskim affirm this practice and elaborate upon it, especially the “Kaf Hahaim”  (1, 7-26) who deals with this practice extensively, bringing sources for its importance (and severity).

The Rambam rules (Talmud Torah, ch. 3): “Even though it is a mitzvah to learn both during the day and during the night, a man only learns most of his wisdom at night. Therefore, if one wants to achieve the ‘crown of Torah’, he should be careful all his nights, and not miss even one of them, in sleep, eating and drinking, talking, or the like, but rather should occupy himself with the study of Torah and words of wisdom. Our Sages said: ‘the singing of Torah is only at night, as it says, ‘rise up sing at night'”. The proof-text used here, ‘rise up sing at night’, most simply means that one slept at the beginning of the night and then ‘rises’ in the middle of the night to learn/’sing’ Torah. The Rambam continues:  “and all who occupy themselves with Torah at night a ‘string’ of kindness is delivered upon him during the day, as it says, ‘at day HaShem shall command his kindness, and at night his song is with me, a prayer to my Living God’.“ May it be HaShem’s Will that in merit of Kollel Hatzos “the Auspicious time for the deliverance of kindness for Redemption” by our holy Patriarchs that we merit to see the manifestation of our prayers: “And He remembers the kindness of the Patriarchs and brings a redeemer for their descendants for His Namesake (another name for the Holy Presence – Onkelos Shmos 20, 21) with love.”

In regard to the location, we find in Kabbalistic sources explicit reference to the Holy Presence resting at this site, as our Sages taught us in the Zohar (II 39 Bo) that the Shechina rests at Maaras Hamachpela, and because of thisYitzhak chose this location as his set location of prayer. In addition, our Sages teach us in the Zohar that the Shechina rests with our holy Patriarchs (T”Z 18b). Also in other sources of the Torah there are many sources as to the holiness of this site, such as the teaching that Kaleb ‘prostrated’ himself in prayer at this site (Sotah 34b). Many seforim relate to the ‘prostration’/prayer at the tombs of the righteous as a type of ‘mitzva, and this requires explanation. Studying this topic more at depth, we should pay attention to the ruling of the Rambam that ‘cleaving’ to the righteous is a positive mitzvah based on the verse “and to Him (-the Holy Presence-the righteous who cleave to the Holy Presence) you shall cleave”. This matter is also based on the words of our Sages (Avos): “sit in the dust of their (sages/righteous) feet etc.”  Indeed, according to the Arizal going to the tombs of the righteous and ‘cleaving’ to the righteous are deeply linked as he says: “the matter of cleaving to the righteous and going to ‘prostrate’ at their tombs etc.” (Shaar Ruah Hakodesh 43). We learn from these sources that the Shechina rests at Maaras HaMachpela and that there is a ‘mitzva’ to cleave to it.

In addition, our Sages teach that, ‘Maaras HaMachpela stands at the entrance of the Garden of Eden’ (Midrash HaNeelam Noah). They also teach that at midnight HaShem so-to-speak communes with the righteous in Gan Eden (Zohar, ‘Shekel Hakodesh’). Indeed, this is the kollel’s method of operation – at the time HaShem communes with the righteous in Gan Eden – Hatzos, at the Threshold of Gan Eden – Maaras HaMachpela.

In regard to the people, our Sages taught (see ‘Tomer Dvora’ and elsewhere) that the Shechina rests with those who learn Torah regularly, with those that are married, as they taught “a man and woman (married couple) that are deserving – the Shechina is between them”, and with those that learn together, its power increasing with the increasing number of learners (Avot ch. 3). In addition, the Arizal (Sh”Hak.  Drushei HaLayla 4) extensively praises one who commits himself to this midnight learning with the intent of ‘raising the power of the Holy Presence’.  Therefore, all of the Torah scholars of the kollel are married men who study Torah regularly throughout the week, learning together for the sake of ‘raising the power of the Holy Presence’, for the sake of our People’s Redemption, and for the bestowal of blessing upon the whole world.

Additional goals of the kollel

* Maintaining learning/prayer at Maaras HaMachpela continuously for more than 24 hours. This is done by bridging the gap of time which was missing a Torah institution at this site.

* In addition, another goal of the kollell is to open location/s that were previously off limits to Jewish presence. With HaShem’s kindness, our Kollel was given permission to procure Jewish presence in the Tomb of Abner ben Ner (about 10-15 meters from the Maaras HaMachpela building), a site that was, till the founding of the kollel, off limits to Jews during these hours according to the orders of the police and security forces.

Another landmark achievement HaShem has bestowed upon us is the Kollel’s Torah study in the “Baruch Nachshon’s Gallery”/”Beit Midrash of Rabbi Ashlag zt”l (son of the auhor of the “Sulam” commentary on the Zohar)”, returning valuable Jewish presence to this location (adjacent to the Muslim entrance to Maarat HaMachpela)  which was abandoned 22 years ago (by political/security order) since the Goldstein affair 22 years ago!!

The kollel was founded in Nisan 5774, and has been expanding to operate all nights of the week, to increase the number of its avreichim, and to constantly realize its vision and dream…

According to the sources there is great value and importance not only to those who learn themselves in kollel hatzos (and even more so at Maaras HaMachpela), but also to those who support such a kollel. For example, we learn: “One who is unable to rise (to learn) at midnight should support one who does, and will thereby receive a portion in his Torah learning’ – Hutzot Damesek.Therefore, we would like to include the general public, and give merit to as many people as possible, each person what they are able, whether small or large, in supporting this important mitzvah, so that it raise the power of the Holy Presence and be a blessing to all our People and the world at large.

Picture: A typical visit at the Tomb of Abner at 2:55 am.

Ways you can support the Kollel: 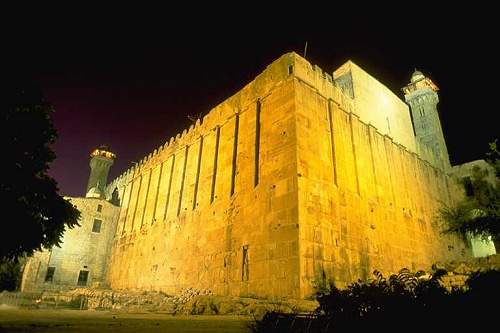 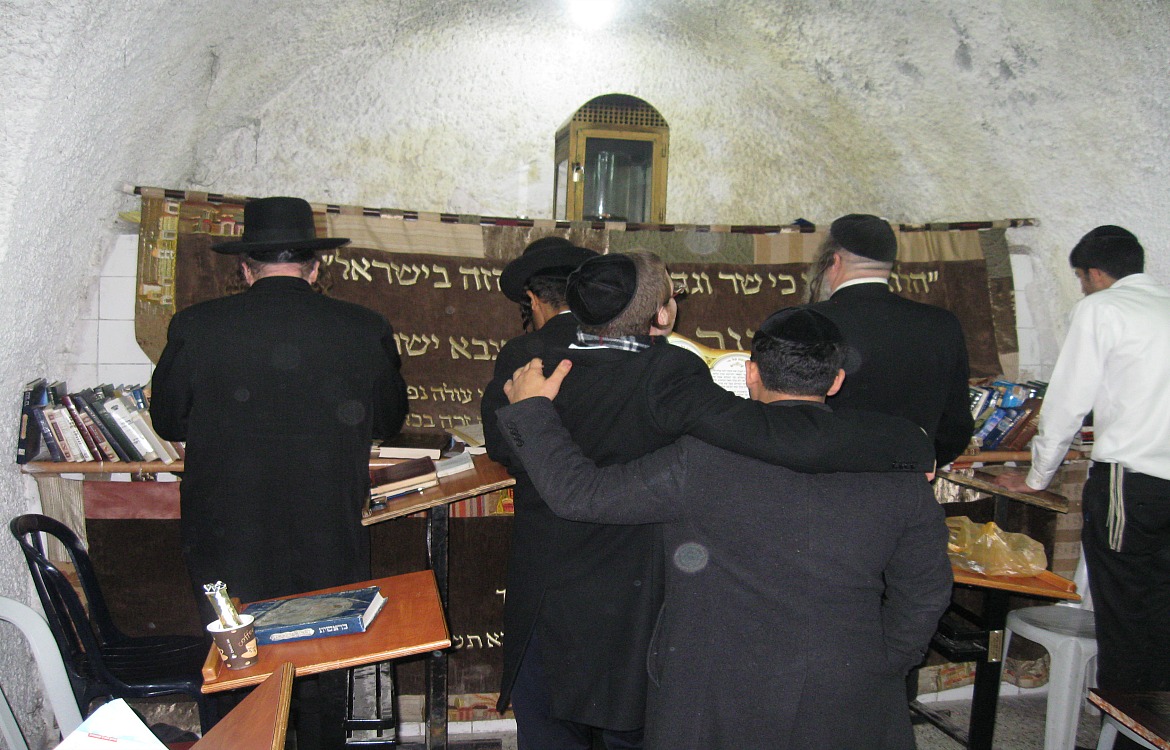 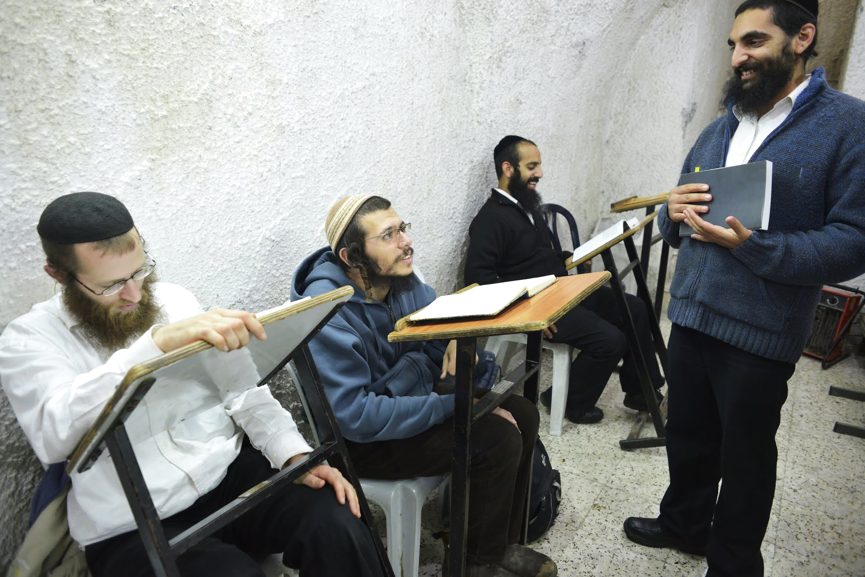 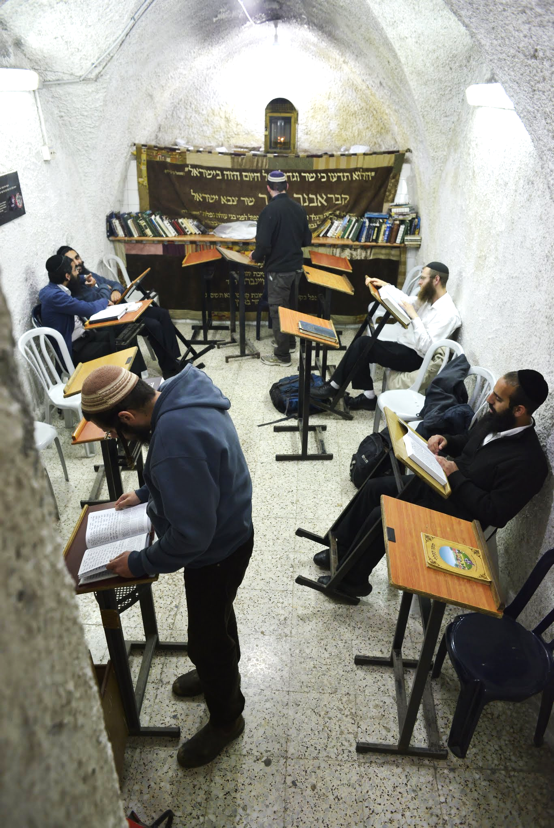 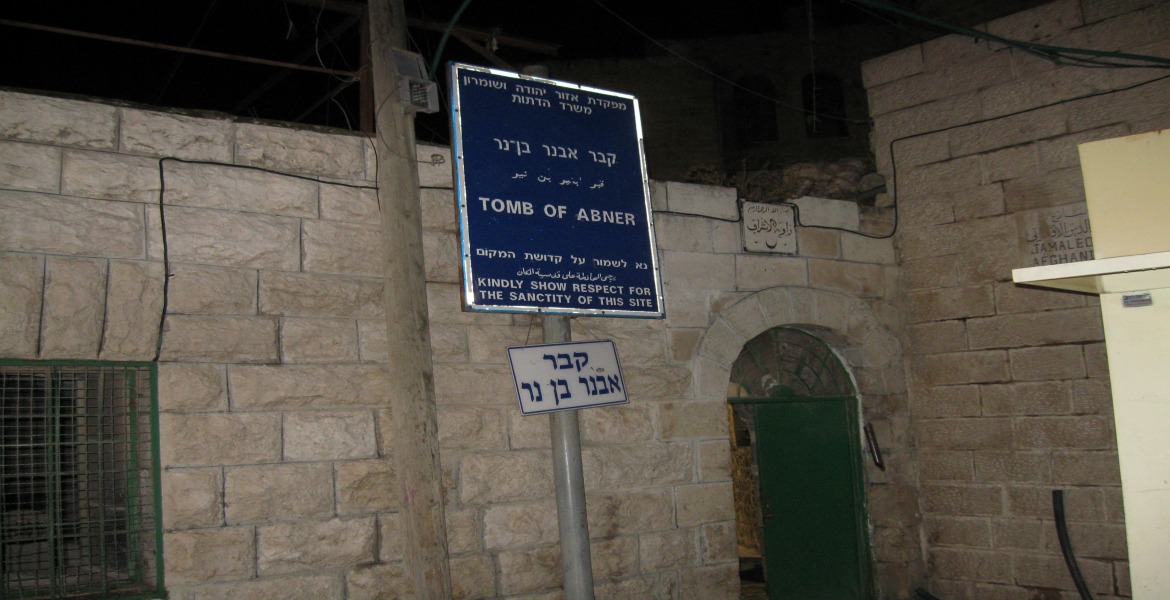 Of course names can be sent (regardless of donation) for prayer/blessing. May the blessing of HaShem be upon you!